On this week’s episode of WandaVision, Now in Color, Wanda (Elizabeth Olsen) and Vision (Paul Bettany) deal with the unexpected side effects of Wanda’s pregnancy as her due date rapidly… Read more WandaVision: Now in Color (Episode 3) Review → 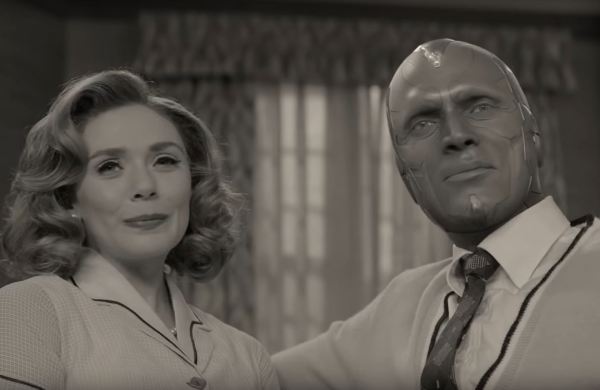 With the COVID-19 Pandemic knocking movies off their release schedules left and right all last year, nothing was rocked more than the MCU. Not only were films like Black Widow… Read more WandaVision: Series Premiere Review →

When Patty Jenkins’ version of Wonder Woman came out a couple of years ago, it wasn’t a film that necessarily blew my mind, but definitely impressed me with how… Read more Wonder Woman 1984 Review: A flawed, but mostly fun new outing fans will enjoy →

The Boys (Season 2) Review: Bigger, better, and bloodier than ever

Last year, Amazon Prime Video delivered a superhero show that really struck a different chord with its adaptation of the comic series created by Garth Ennis and Darick Robertson –… Read more The Boys (Season 2) Review: Bigger, better, and bloodier than ever →

Netflix’s Blood of Zeus Review: A beautiful and brutal combination of Japanese anime and Greek mythology

Although Netflix is mostly known for their live-action television series and movies, they’ve also been a strong provider of original anime series as well as some anime adaptations of popular… Read more Netflix’s Blood of Zeus Review: A beautiful and brutal combination of Japanese anime and Greek mythology →

The Witches Review: Another bland and pointless remake living in the shadows of its material

Both as an adaptation of author Roald Dahl’s The Witches and a remake of Nicolas Roeg’s 1990 classic of the same name, writer/director Robert Zemeckis’ new adaptation simply pales in… Read more The Witches Review: Another bland and pointless remake living in the shadows of its material →