*This Review Contains Full Spoilers* After delivering a satirical comedy with Don’t Look Up, director Adam McKay returns to putting his own comedic, stylistic spin on true stories with a… Read more HBO’s Winning Time: The Rise of the Lakers Dynasty: Series Premiere Review → *This Review Contains Full Spoilers* After some big secrets are revealed, Peacemaker puts its titular anti-hero on the run in a fun and wild episode that sets up two evil… Read more DC’s Peacemaker: Murn After Reading (Episode 6) Review → 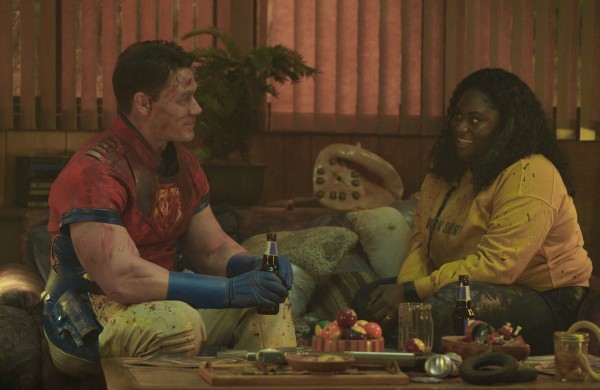 *This Review Contains Full Spoilers* The latest mission for the crew of Peacemaker sees a lot of blood and guts flying everywhere and some heartwarming team bonding as they uncover… Read more DC’s Peacemaker: Monkey Dory (Episode 5) Review →

With its latest episode, Peacemaker tones down the action to focus more on its characters, mainly its titular anti-hero, and create more intrigue around its central mysteries. Peacemaker has excellently… Read more DC’s Peacemaker: The Choad Less Traveled (Episode 4) Review →

After delivering one of DC’s best films to date with his take on The Suicide Squad, James Gunn brings the DCEU to the small screen and takes along one of… Read more DC’s Peacemaker (Series Premiere Episodes) Review →

The Boys (Season 3), Marvel’s Moon Knight: The Most Anticipated TV Shows of 2022

Although it’s early in the year, there are already plenty of big TV shows returning and debuting in 2022. Both Marvel and DC are bringing their cinematic universes to the… Read more The Boys (Season 3), Marvel’s Moon Knight: The Most Anticipated TV Shows of 2022 →